I have several sons, five to be specific, and an activity that I share with them, as often as we’re able is camping. Where most of us have lived a majority of their time on earth, has rather cruddy camping. There’s a lake or two nearby, but the terrain, the weather, and the vistas really are, for the most part, lacking. So camping is as good as an excuse as any to visit other parts of the United States.

Our first year out, we camped in the midst of a road trip to celebrate Zach’s high school graduation. Two tents, four males, and a Honda Civic running halfway across the U.S. to see the Pacific Ocean. Somewhere around Rock City, ID, we decided to camp and on a pleasant lea with a nearby river, we pulled into a camping area and went exploring. There was a ferry nearby and a black widow web (complete with spider!) in our tree. We set up a fire, cooked some dinner, and as the sun started to pale in the western horizon, we sat up our tents. Herein we discovered that the poles for the larger tent had been left behind, so the four of us (I was 36, Zach 18, Drew 13, Ethan 12) jammed into a 2-3 person, 3 season hiking tent, head to toe to head to toe. I was nearest the door, so as the night wore on, I had to open the flap so they could relieve themselves. It was a long, hot night, but a great lesson for preparedness.

As the younger boys (then 7 and 8) grew older, they started to join us in the camping and from the lessons learned earlier, we got more proficient in checking our gear before we left. One year, we went to a sub-alpine forest, the year after, alpine, the year after that desert; each time learning what gear we needed most. Talking through survival skills, and most importantly learning about one another. One thin that stuck in my mind on a trip was when I had a discussion with the boys about “thin places.”

I had been reading through some material on Celtic Christianity and the story of Columba the Druidic Priest was part of a reading. Apparently, when Columba heard the Gospel tale, he believed, and attributed his entire path prior as a preparation for understanding and accepting the Son of God. He called Christ his “Druid.” So I shared with the boys the idea of a thin place: a place where the membrane between our physical world and the spiritual is thinner, so we can more readily feel or detect it. Balzer Tracy in “Thin Places” discusses St. Patrick’s experience with thin places “One might suppose that Patrick and other Christian missionaries who so effectively evangelized Ireland would have made it their aim to completely eradicate the pagan concept of ‘thin places’ and replace it with something, well. . .more Christian. But Patrick knew by his own experience that thin places were very real. The pagan understanding of it was simply misguided and incomplete. He himself had met the One True God on the Irish hillsides working for years as a slaving shepherd and had spoken with him daily, as if there were no separation between earth and heaven” (page 28).

As we sat amongst pine and aspen, the stream gurgling, and any other soul possibly miles away, it was easier to understand this idea. I hope that as the boys continue to mature, these memories stick with them. That they look for those thin places, not only amongst the alpine forests, but also in the day-to-day. I hope they’re preparing themselves for the life ahead. I hope I’ve done enough to get them ready. 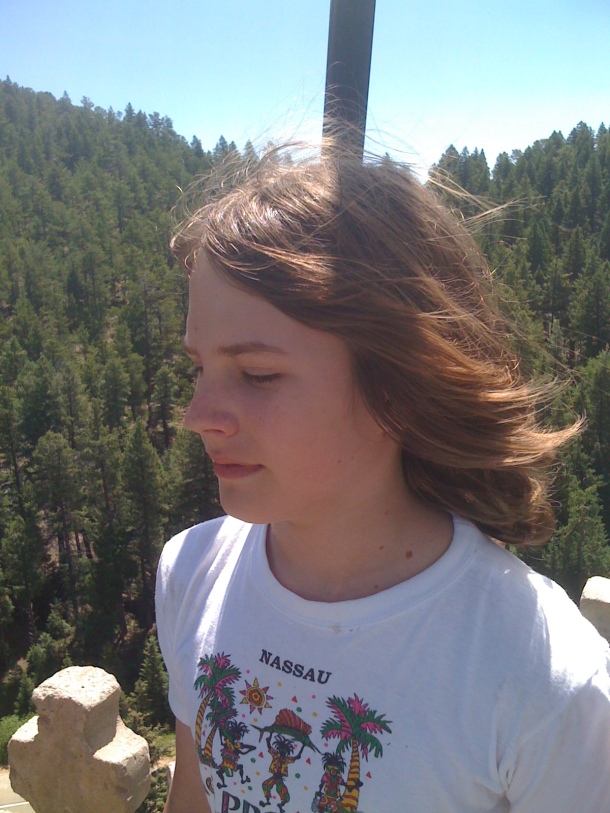