About 8 months ago I dabbled in anger. It had been a very long time since I let myself be un-throttled in the power of justified rage.  It was a rich, frothy, self-righteous wrath.  It bubbled over my cup of indignation like a beer in the hands of an alcoholic.  I was in the right and in my mind I knew it.  I had nothing to lose.

The target of my anger was a delivery man who dropped off something at my house that came in a freight truck that was extremely heavy.  OK.  I will admit it.  It was a hot tub.  Too expensive and heavy for me (900 pounds).  His job was to drop it off ‘at the curb.’  But where he dropped it off had serious implications because somehow I had to move the thing to its final resting place by myself.  Normally I avoid anger at all costs.  But on this special morning I had had enough coffee to grow an extra lobe of arrogance out of the back of my head, so I decided to let him have it.  We yelled at each other for 15 or 20 minutes in my driveway.  I didn’t just talk loud, I full-bellied yelled at the man who yelled right back.   I yelled at him for not listening to me and he yelled at me for reasons I don’t know because I wasn’t listening.  His face got red.  My face got red.  His heart raced.  My heart raced.  His blood pressure rose.  My blood pressure rose.  He said he could put it wherever.  I said that a bit of proper placement with his machinery would save me a lot of time.  All of earth faded away in a sad silence as two full-grown men with beards experienced infuriation with each other.

There was a moment in the midst of all of this that something clicked.  While yelling I had a sudden realization. He wasn’t going to listen to my reason no matter what I said; my yelling wasn’t getting me anywhere.  It also dawned on me that he was delivering a hot tub.  Yes, my righteous indignation was over an extremely expensive item that I’m ashamed to admit I own in certain circles.  I was arguing over a luxury item.  It wasn’t over God, or hunger, or war, or saving a life, or even politics.  It was an item that rich people soak in at night to soothe their muscles after sitting in an office all day.

By some miracle I stopped, went inside my house, swallowed hard and walked back to the driver who was still swearing under his breath.   ‘EXCUSE ME SIR.  I NEED TO SAY SOMETHING. I NEED TO APOLOGIZE TO YOU FOR GETTING ANGRY.  I AM BEING A ROYAL ****** AND I AM SORRY FOR BEHAVING THIS WAY.  I AM WRONG AND I FEEL BAD FOR GETTING SO ANGRY AT YOU.  I AM FINE WITH WHEREVER YOU WANT TO PLACE THIS ITEM.’  swallow  ‘PLEASE FORGIVE ME.’

The look on his face was a bit shocked and he remained silent for a long time.  I felt stupid and weird.  I didn’t know this man at all and while mulling over my wrong decision to say such a thing he said  ‘Well, we got all our anger out didn’t we.  I’m sorry for getting mad too.’

I wanted to hug him or kiss him or give him something like a jar of spaghetti sauce or anything really. I wanted to say it all again.  I wanted to give him my phone number and have him call me so I could find out who he was and talk with him all night and be his friend.  But men being men we shook hands uncomfortably and he left me standing next to the hot tub in a horrible place in my driveway.

The truth is that I didn’t apologize because I was in the wrong.  I apologized because it didn’t matter.  I apologized to feel human again.  I apologized to save our souls from this mishap of selfishness.  My want overlooked seeing who he was.   My intent lost the point.  The point wasn’t to make my life easier.  The point was to get along.  You might disagree.  Some people at work told me that I should have denied the delivery or that I should have called his boss.  But something tells me that he had other things in his life that were more important.  Friendship and acceptance are gifts that are hard to find and sometimes hard to give.

Maybe the key to being a good [parent / partner / friend / stranger] is recognition that it is better to be kind than it is to be right.

Maybe the key to being a good father is apologizing when I realize that I am micromanaging where my daughter wants to place her garden.  Maybe it is in letting my son know that I’m getting angry at him when I shouldn’t be…and that daddy isn’t in a very good mood.  Maybe it is saying I’m sorry again to my wife when I lack the empathy she needs.  It would be nice if we wouldn’t make mistakes in our relationships.  That would be better.

Blessed are those who hunger and thirst for righteousness. I’ve always taken this to mean that people who long for just and right living are blessed. My pastor recently taught me that this righteousness is a term that has less to do with being right and more to do with being right with others….a relational goodness.  It makes sense.  If you long  for relational goodness more than getting what you ‘deserve’ then you will experience it.  You will be filled.

What I have discovered is that the backbone of forgiveness and acceptance of others is empathy.  This is probably the hardest spiritual discipline I’ve ever attempted to achieve and quite frankly isn’t much fun sometimes.  Empathy gets in the way.  I want to be judgmental.  I want to be irritated.  I want to have facebook wars.  I want roadrage and to feel power of being right.  But you never know the entire picture.  And usually there is something else we haven’t considered.  The path to acceptance is narrow and uncomfortable and sometimes very lonely.  But in the end you find that all the work you put into accepting and loving others enables you to accept and love yourself. 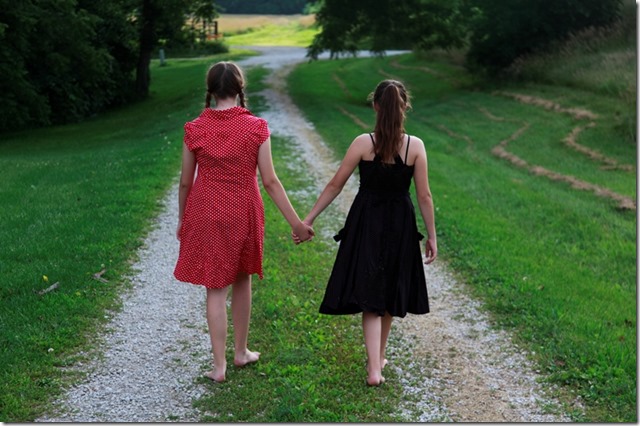 One thought on “An Exercise in Anger”