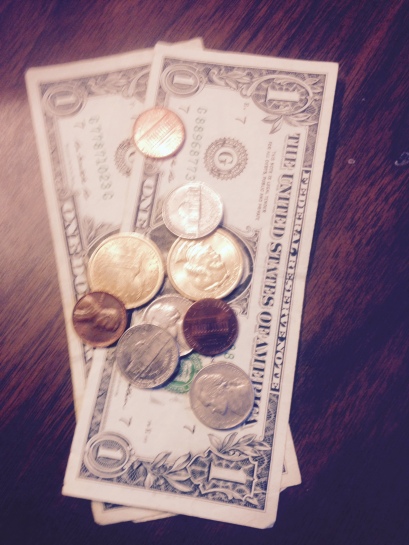 Then the Pharisees went and plotted to entrap Jesus in what he said. So they sent their disciples to him, along with the Herodians, saying, “Teacher, we know that you are sincere, and teach the way of God in accordance with the truth, and show deference to no one; for you do not regard people with partiality. Tell us, then, what you think: Is it lawful to pay taxes to the emperor, or not?”

But Jesus, aware of their malice, said, “Why are you putting me to the test, hypocrites? Show me the coin used for the tax.” And they brought him a denarius. Then he said to them, “Whose head is this, and whose title?”

They answered, “The emperor’s.”

Jesus accused his questioners of setting him up, trying to trick him with their questions. But when Jesus asks, “Whose head is this, and whose title?” – is that his own trick question? The head stamped on the coin was the emperor’s, true. But the title under it read, “Son of God.” Was that the emperor’s title? It would’ve been what he was called by those of his time, but does it really belong to him?

Some will say Jesus’ response – “give to the emperor’s what is his, and to God what is God’s” – is also a trick, because… everything is God’s. The earth and all that is in it, like the Psalm says. And as poetry, that’s really lovely. But more practically, how do we live it? Is it easier to believe that we belong to God than it is to believe that our stuff, our money, our time, our activity, belongs to God? Are those even different? If we give to God all that is God’s – in the end, what do we not give?

– Have you ever felt “trapped” or “tricked” by a question someone asked you – or by something you said? What happened? Share that story with your family.

– What do you think Jesus means by his response?

– Have you ever “given something to God”? How did you do it?

Trace your hands, or your feet – see if you can squeeze your whole family’s hands or feet onto a big sheet of newsprint. Or coat them in paint and stamp them onto big paper or an old sheet. Repeat the litany above, and then let each family member share some ways their own hands, feet, and heart are ways God works in the world.

Ask, how do your hands serve? How do your feet journey? How does your heart embrace? How does God live in and through that?

*This litany is excerpted from one included in The Pattern of Our Days: Worship in , the Iona Community, edited by Kathleen Galloway.

One thought on “Matthew 22: On Belonging”