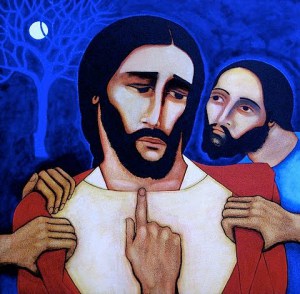 The first rule of Spy Club is: Don’t talk about Spy Club. Those of us whose parents worked in counter-intelligence have weird notions about honesty and transparency. When people hear that my father worked in military counter-intelligence and that he trained interrogators, they often say something like, “Wow, bet that made high school fun. How did you ever get away with anything?” I simply smile and say, “Why, I never misbehaved at all in high school.” My father’s friends and coworkers in particular find this hilarious, and remark on how I clearly got my sense of humor from my dad.

The truth is that my parents divorced shortly before I was born, and he was seldom present when I was growing up. This is not to say he was a deadbeat (he wasn’t) or that he didn’t love me (he did and he does). But he certainly was never in the position to interrogate me about my choices. Still, it makes for a good story, and I know better than to make conversations awkward by pointing out his absence in my life. Most of the lessons I learned about Spy Club I learned as an adult; but they still came more naturally to me than I like to admit. (But that’s a story for another day!)

One of the best lessons I learned about Spy Club was the gift of Spy Wednesday. When my dad first told me about it early in my ministry, I thought he was playing one of his familiar practical jokes on me. But no, it’s a real thing. Spy Wednesday is the day in Holy Week that commemorates when Judas decided to betray Jesus. It’s a minor holiday that typically pales in comparison to the commemoration of Mary anointing Jesus (which is the act that turns Judas away from Jesus), and is rarely celebrated outside of Catholic or Orthodox circles (if then). My dad recalls it as a day when his life’s work of protecting his country through subterfuge and misdirection is at least acknowledged in the mention of a man who also lived a double life (albeit for different motivations). My dad isn’t a fan of Judas, but he reasoned that if the crucifixion was necessary, someone had to betray Jesus.

And while I’m not sure I entirely agree with this, I see in this an attempt for my non-religious dad to forge a connection with his religious daughter, and a way for him to connect his work with my own. It has worked. Spy Wednesday has become dear to my heart. It also affords me the opportunity to explore the complicated motives we all have for making the choices we make – as people of faith, as Christians, as parents, and it gives me compassion when I consider why my child makes certain choices of her own with which I disagree.

I’ve decided I don’t need to be bound by the rules for Spy Club. I talk about my dad’s work and the complicated legacy he’s given to me both because of his work and because of his absence/presence in my life. I also try to talk about my efforts to have a different sort of relationship with my own child, even as I’m mindful that I’m still creating a complicated legacy for her to unravel. Spy Wednesday is a chance to ponder what drives us, how we can be led away from our own best hopes for the world, and how we can begin to find our way back home – whether that home is the love of our family or the love of God.

A question for reflection:

My dear friend and fellow author on this blog, the Rev. Jennifer Mills-Knudsen, wrote an excellent piece for Spy Wednesday this year, where she said this: “This day is called ‘Spy Wednesday because this woman’s act (and Jesus’ response) turns Judas into a spy for Jesus’ enemies. Have you ever turned against someone you love over a disagreement? Have you have been betrayed – or have you been a betrayer?” She goes on to invite readers to “spend some time praying for forgiveness and healing.” Spy Wednesday has just passed, but the invitation is still good.