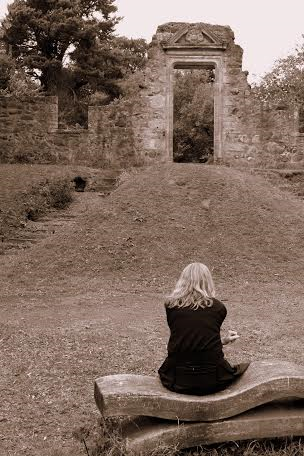 Many years ago, I wrote a humor piece for a local parenting magazine about how much I loved other people’s babies—the ones I could cuddle and smell and then give back when they got fussy or smelly. One angry reader wrote in to say that if I hated children so much I should not be a mother. She adored her children, and apparently only people who felt this way were qualified to be parents.

Truly, I am glad that anonymous woman had such stinking delightful children (or effective meditation practices or helpful pharmaceuticals or whatever she had going for her), but if adoration of midnight screaming and messy diapers were a requirement for parenting, humans would be an endangered—if not extinct—species.

Earlier this week I published a post on my personal blog about dealing with the “shoulds” of simple living—which, trust me, is a thing if you are Mennonite. And it strikes me that parenting is another area in which we receive so very many “should” messages. For example, “You should adore your children.” Which, honestly, is probably not my natural parenting style in the first place, and proved truly impossible amidst the challenges of raising our son.

Parenting “shoulds” can be toxic for anyone, and they can be particularly devastating for those of us raising children with developmental, emotional, and psychological challenges. My son has graduated and moved out of the house, and I still wrestle with feelings of guilt for not being the parent I should have been—the parent I wish I could have been.

But that’s the parent I was with my son. It was exhausting and miserable for both of us. To be honest, I’m not sure it did much good. Still, it seemed the best I could do at the time. It seemed to be what was needed to keep us all sane and safe.

Even now that he is out of the house I wrestle with the “shoulds.” I should make sure that he eats healthy food and takes his medication and goes to work and cleans his apartment at least to the stage where it is not a health hazard. I should. But I can’t. Or at least I can’t without jeopardizing my job and my marriage and my other children and my sanity.

This is my hard spiritual work right now: accepting what is instead of what I think should be. I’ve been talking through this thing with God and trying to get to a place where I’m not mad at God and where I don’t have the sense of God giving me that downcast, head-shaking, disappointed Mom look.

I pray for my son, which is the best kindness I can extend right now. And my spiritual director makes me do listening prayers where God tells me it’s OK to let go and I try to believe that. I read and attempt to write profound things and, most importantly, funny things.

One thought on “Parenting Shoulds”