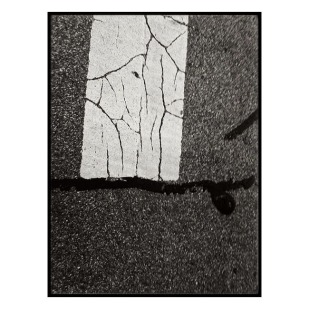 It was a Saturday evening. I had read online that the verdict was about to read. I turned on the television in my room. I could not sit. I waited. As court room procedure played out, I waited. I listened to the pundits. I swayed a bit on my feet. I had my hands clasped, as if in prayer.

We would get this right.

And then we didn’t. The man who followed, then provoked, fought and shot Trayvon Martin was found not guilty of his murder.

As the verdict was read tears ran down my face. My son walked into the room and asked what was happening. And I didn’t know how to explain it to him. I didn’t have the words. He sat on the bed and looked at me. I opened my mouth to speak, but couldn’t find the words. I could not sit.

The day after the Orlando shooting, my son and I were in service, and I turned to him and told him we were going to the Ramadan fast breaking dinner being hosted at our church later that month.

Our church has hosted this dinner in years past and I’ve not attended. I did not want the media and a scared and angry public forming an opinion of the Muslim religion for my son. I knew what was coming: the rabid use of the phrase “radical Islam,” a doubling down on the deportation of Muslims by one of the presidential candidates. The airwaves and social media channels would be full with hatred and fear.

He looked at me quizzically. Thinking first of his stomach, as most 11 year old boys do. “But what if I don’t like the food?” he said. I promised him a burger afterwards, if that were the case.

It ended up being a meaningful night for both of us. We learned about the Ramadan holiday, we enjoyed good food. We sat at a table with old friends and made new ones. The day of the dinner happened to be the day after the attack at the Ankara airport in Turkey and the people at our table were Turkish. We discussed the shared pain of terrorism.

I left to get more water, check on the food, clean tables. I could not sit.

I watched Philando Castile die in that video.

It was after 9 pm, but I could not sit. I told my son I was going for a walk. The walk started slowly at first. I thought the walk would clear my head, but I found myself only becoming angrier, more confused, more sad. I was having trouble processing what I saw – an innocent man being executed in his car. In front of his girlfriend. In front of a young child.

My pace quickened. There was no comfort for Philando in his last moments. His girlfriend couldn’t hold him. She had to keep her hands up. The officer didn’t feel for a pulse or call for help.

I started running. I hate running. The sound of the Philando’s lungs filling with blood, presumably, was in my head. That very small sound of someone taking their last breath. It was there. In that video.

I needed my feet to hit the pavement to remind me I’m here. I’m moving. If I’m moving I can do something. My stride was off, my chest hurt, there was a rushing in my ears. Could the physical pain replace the pain of mourning? For Philando. For those who loved him. For our country.

I’ve yet to be able to talk to my son about all of the events of the past few weeks. I’m barely able to understand them myself beyond this: we are in dire need of peace. And that peace won’t be found in quiet moments. Perhaps I don’t have the words now, but I can find a way with movement: in our faith community, in practicing justice, in not being still.

That night I returned home, sweaty and out of breath, and my son asked, “why were you gone so long?”

I’m a mother, marketer, and maker of sentences by stringing words together. A word nerd, I type with purpose. I see the world with a liberal point of view – mainly that we’re here to help the most vulnerable. I’m a full-time single mom and part-time chauffeur to an active kiddo, who is always helping me find the next life lesson.