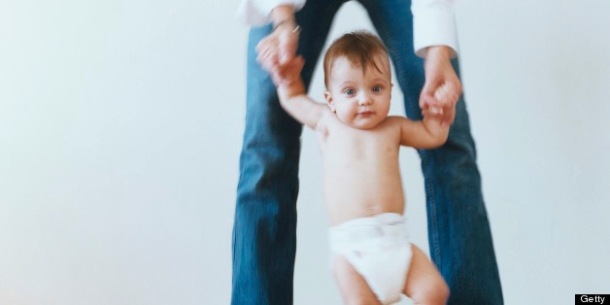 When my friend Laurence had his first kid — a few years before I had mine — he shared with me one of his newfound secrets:

“You know you’re a parent,” he said, “when you find yourself saying, ‘Oh, man. That’s so disgusting’ at least once a day.”

But my partner and I concluded just a short amount of time into our own foray into parenthood that Laurence wasn’t right, not really. Rather, the days you find yourself saying “that’s so disgusting!” are actually really… special and unusual days. But only because your squick factor, by definition, has to move pretty quickly to get used to the new normal.

Parents of small children find themselves pretty routinely deep in the muck of their kids’ bodily stuff. After diapers (so many diapers), there is a whole universe of potty training, accidents, reminding or dragging a kid who isn’t always so mindful to the loo on a regular basis and various other assists involved in the learning process. Not to mention the days when things are just a little bit out of whack. There is, to put it bluntly, a lot of crap involved with caring for the next generation.

Judaism is a religion that’s pretty big on blessings. We don’t just say a benediction before and after eating, but also when going to the ocean, meeting an old friend, seeing a rainbow, hearing either good or bad news, meeting a non-Jewish king and smelling a fragrant tree. One that tends to make folks giggle the first time they hear of it is a blessing that you’re supposed to say after using the bathroom. Yes! There’s a potty blessing! We do have a blessing for everything! We, as a people, are nothing if not thorough.

The post-bathroom liturgy is traditionally formulated as,

Blessed are You, God our deity, sovereign of the universe, who formed humans with wisdom and created within them many openings and many hollows. It is obvious in the presence of your glorious throne that if one of them were ruptured, or if one of them were blocked, it would be impossible to exist and stand in Your presence. Blessed are you, God, who heals all flesh and performs wonders.

Even if the God language in this text doesn’t resonate with you, there’s something really important here. This blessing encourages us to experience awe in the face of the human body’s complexity, and an awareness of the myriad of things that have to go right in order for us to continue drawing our next breath — and the breath after that. The fact that we’re able to eliminate waste as we’re meant to is a wonder in its own right, a miracle worthy of our respect and gratitude. The simple fact of being embodied is worthy of our spiritual engagement.

It took me a while to think of this blessing while changing my first son’s diaper — but once I made the connection, it changed my relationship to this rather earthy aspect of parenting. Managing my kids’ waste is sometimes malodorous and sometimes a hassle in other ways, but every single time my kids poop, it’s because something is going right even though, for one of a thousand reasons, it could conceivably go wrong. Their bodies are working, and this is an extraordinary source of grace. There are so many ways in which we are helpless to keep our kids safe and healthy, and for me, thinking of this blessing in the context of my kids’ bathroom doings reminds me how vulnerable I really am. That’s not necessarily a comfortable feeling, but I go from that into feeling thankful, and am therefore more able to appreciate the moment at hand — at least, more of the time.

There are still plenty of times when I find myself saying, “Oh, wow. This situation is particularly disgusting.” But now, sometimes, I manage to remember that, all things considered, absolutely gross isn’t so bad.

Danya Ruttenberg is author of Nurture the Wow: Finding Spirituality in the Frustration, Boredom, Tears, Poop, Desperation, Wonder and Radical Amazement of Parenting.  She was named by Newsweek as one of ten “rabbis to watch” and by the Forward as one of the top 50 women rabbis in America. Follow her on Twitter at @TheRaDR.