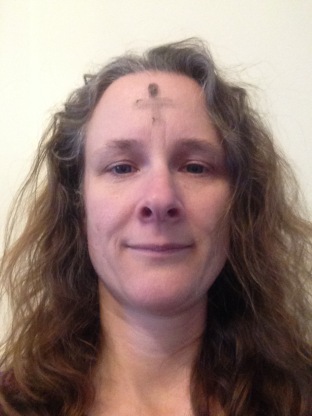 We are one week into Lent and I’ve already messed it up. My first misstep occurred a few days before Ash Wednesday when my 12-year-old daughter suggested that she might give up dessert for Lent.

Many thoughts ran through my head in that moment: “Wow, that’s amazing!” And, “Where did she ever come up with that idea?” And, “That would be a hard commitment to keep.” And, “Dang, I’d probably have to do that with her.”

Unfortunately, as thoughts pass through my mind, they also pass over my face. Whatever the opposite of a poker face is, that’s what I have. My daughter saw something in my face that discouraged her. She decided that I thought giving up dessert was a bad idea, and no amount of words that came out of my mouth could make up for whatever she saw on my face.

When Ash Wednesday finally rolled around, we went to the family service at church. And our family was the only one there. (As a pastor, the low attendance feels like another way I’ve messed up Lent, but this post is about my parenting failures. I’ll save my pastoral failures for another post.) As part of the service, we talked together about what we might want to give up and/or take on for Lent this year. We decided to put up a gratitude poster in our dining room and write things we are grateful for on the poster every day. (We decided to do something else as well which I can’t even remember. Because that was a whole week ago.)

But the gratitude poster, that I remember. And it is a good Lenten practice for my daughter, who tends to complain a lot. And for me, as I am often overwhelmed by the bad news in this country. It is a great idea. I just haven’t gotten around to actually putting up the poster yet.

It shouldn’t take long. And maybe I’ll do it after I write this post. Probably not, though. Because I have to take the dog out and then go pick my daughter up from gymnastics.

To top off my pathetic Lenten failure thus far, I left town the day after Ash Wednesday to go to a Sunday School curriculum writers’ conference. Which meant that 1) I did not attend church the first Sunday of Lent and 2) I sang silly clappy songs instead of seasonally appropriate confessional dirges.

Also 3) I abandoned my daughter who got to hang out with Grandma and I saw PopTarts in the house so it couldn’t have been that bad but she didn’t like it one bit . . . and there’s no gratitude poster up yet to get her to look on the bright side.

I do want to honor the season of Lent. And I want to teach my daughter about living in the rhythm of the church year. And I’m sure that I will get that poster up some day. Not today. But definitely before Easter.

So, despite having messed up Lent this year, I’m trying to live into God’s grace. Because, while I know that Lent is about acknowledging our guilt, I don’t think it’s about manufacturing guilt specifically related to the season.